THE SPIRIT OF UBUNTU

The definition of Ubuntu is not exact, but rather refers to an African principle that may be translated and described in many ways. Essentially the spirit of Ubuntu is all about community and how we rely on, and interact with each other and are all the better for it.

Ubuntu is an ancient African word meaning “humanity to other”.

It also means “I am what I am, because of who we are”

Ubuntu is a complex word from the Nguni language with several definitions, all of them difficult to translate into English. At the heart of each definition, though, is the connectedness that exists or should exist between all
people.

Ubuntu is best known outside of Africa as a humanist philosophy associated with Nelson Mandela and Archbishop Desmond Tutu.

Ubuntu Capital is a Momentum Franchise

As a Momentum franchise we are able to offer a fully comprehensive range of services and products in order to take care of your financial needs.

Like Momentum we focus on your Financial Wellness and work with you in order to help you succeed.

We are a growing team of Financial Planners that attend to your personal requirements.

Our experience is your peace of mind and our unique value proposition and business process ensures that we deliver practical financial planning with a focus on tangible results.

Derek heads up Ubuntu Capital and with decades of financial and management experience is constantly looking at ways to improve the ways things are done in order to better serve you, our clients. 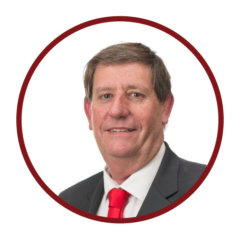 How can Ubuntu Capital help you today?


SERVICES
We offer comprehensive financial planning and are able to take care of all your financial needs with Momentum.
Learn More

PRESENTATIONS
Bring our incredible team of experienced planners to your company for a group presentation
more

CAREERS
We are in a strong growth phase and we are looking for experienced and qualified Financial Planners to join our team.
Learn More

SMART MONEY
Find out how our unique partnership with Smart Money helps you get organised, grow your income and decrease your debt.
Learn More
Speak to a team of professional Financial Planners
build your financial future
Start Today